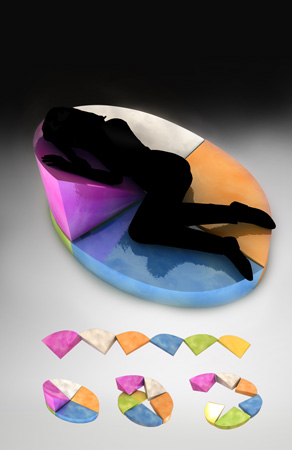 This armchair was a gift for someone. I’ve made it from foam – the same type used for upholstering furniture and sewn casing from special water-proof linen covered with latex. The idea was that since in small studio there’s not that much space to start with, armchair should be as flexible as it can be. It can be unrolled to sit 6 people and so is very practical thing during parties :) If anything gets spilled on it, it’s enough to wipe it with a damp duster.

Well, that were my intentions, but when friend’s kids saw this, they decided that armchair’s not going to be a party implement, but a huge snake. Best toy ever :)

“Kiss me” – armchair for working with a laptop 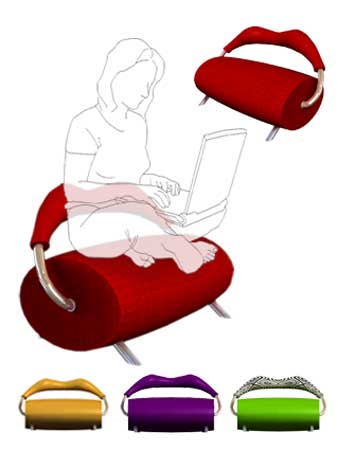 Just like the title says – it’s a concept design for working with a laptop on your lap. Design’s very customizable – armchair can be upholstered any way that fits your preferences. 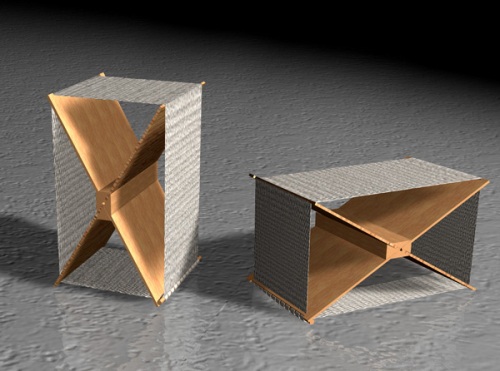 Hocker / low stool chair made from plywood and canvas.  Piece is modular and folds up. In ready to use state, tightly stretched canvas holds everything in place. Depending on which end you put it, it can be a low stool or a hocker. 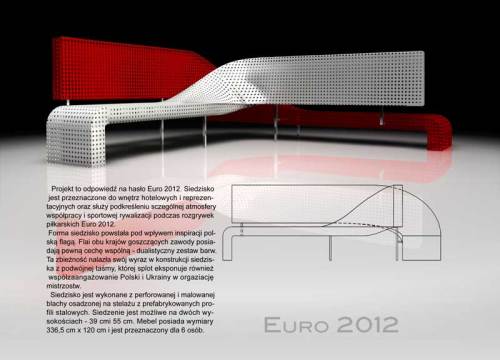 This sofa is an answer to the theme “Euro 2012”. Since event’s held y Poland and Ukraine, sofa’s shape is an artistic interpretation of cooperation between two countries, and can be in either country national colours. 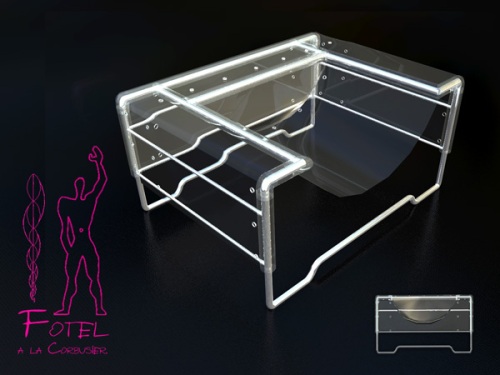 Corbusier – inspired armchair. All armchair’s dimensions come from Corbusier’s “Modulor” – that is originate from proportions of human body. Armchair in made from metal tubes – similar to those found in Thonet type chairs. Piece is upholstered with transparent, soft plastic, which makes it weather proof and perfectly usable outdoors.